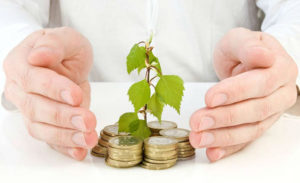 In the capital fund model, one or more private investors or foundations place long-term investments in a capital fund, which in turn places individual investments in social enterprises. Typically, the social enterprises need to live up to certain criteria and go through an application process, where they are being carefully vetted through various due diligence processes.

Investments placed in social enterprises are typically accompanied by non-financial support in the form of mentoring, sparring, education or   access to networks. The capital fund might even demand a seat on the company board as a condition for the investment. Government institutions can play a number of different roles in this scheme, but in most cases, they finance the daily operations and administration of the capital fund, or they finance the non-financial support provided to the social enterprises. The investments made in social enterprises are typically favorable loans with low interests and long repayment periods compared to ordinary bank-loans. They typically pay back the capital fund, which in turn pays back the private investors.

The below figure illustrates the model – including the involved actors and capital flow:

To private investors the capital fund model is a familiar scheme. To them, the   attractiveness of the scheme primarily hinges on two factors:

This depends on the preferences and strategies of the parties involved and the security mechanisms that are part of the setup in question. Foundations that do not provide social investments (e.g. because their charters do not  allow for financial returns) can make a donation to the capital fund, which can be used to finance loan guarantees or cover the costs associated with the low interest rates and long repayment periods.

Government institutions do not necessarily have to be part of this model, and in many setups around the world, they are not. When they are involved, they typically contribute fixed annual amounts to cover nonfinancial support or operational costs of the intermediary. The nonfinancial support creates value for the social enterprises regardless of the success of the investment and can also be expanded to cover social enterprises that did not achieve an investment. To governments, getting involved in this scheme is thus often regarded as a low risk venture, which does not distort competition by  favoring one or a few enterprises over others.